The Bommarito Family moved to California in 2007.

The Bommaritos were from Texas.

California took some getting used to.

The following is an imaginary conversation of Norcal cultural intrigue between Mimi and Guy, who, at one point had hoped to turn this script into a funny video. But our daughters begged us not to, convincingly pleading their overwhelming desire to simply live as a “normal”  family. So here is the written, possibly less embarrassing, version.

Guy:   That’s the good thing about having a small house, you know, not having to spend money on a maid.

Mimi: (rolls eyes) Let’s not even go there. (Pause) But that reminds me: you really need to work on updating your vocabulary.

Guy: (looks at camera) And she wonders why I don’t talk at parties. (sarcastically) So, what’s wrong with my vocabulary?

Mimi: Exactly my point. If you talked more at parties, which, by the way, are referred to around here as “having a few friends over,” you would notice your language could use a little spiffing up.

Guy: Give me an example.

Mimi: Just last weekend you asked Rob Becker who was his ‘yard man.’

Mimi: And he looked at you all funny. And then he finally realized what you were asking and said, “My ‘gardener’ is a guy named Phillip.”

Mimi: And we’re not in Texas. We’re in Orinda. And times are changing. In addition to gender stereotyping, “yard man” just sounds so— I dunno, like ‘Oh, you’re not a person, you just work in my yard.’ Gardener sounds more sophisticated and respectful, like an artistic professional, lovingly tending to the Garden of Eden you call home.

Guy: Even if he’s just walking around with a leaf blower?

Guy: But “housekeeper” is like Alice on the Brady Bunch. A live-in. We’d only have someone who cleaned every couple of weeks.

Mimi: Precisely, but the world doesn’t need to know that.

Guy: So, what do I call you…a maternal life coach?”

Mimi: That is ridiculous. I’m just a mom. And I say it like that too, three little words, “just a mom.” Humbly and slightly-self deprecating. Maybe even with the tiniest of shrugs. It says to my neighbors, “I went to college and worked for many years, but gave it all up temporarily for the success of my children.” It also implies I couldn’t earn enough here to make childcare financially worthwhile, but that all depends on who I’m talking to.

Guy: (sarcastically) Any other egregious offenses I should be aware of?

Guy: Based on the Yard Man Theory, I’ll say wrong.

Mimi: Wrong. Not only does it sound like you’re about to be groped, but the correct term in Orinda is “personal household contractor.” Out of work or layed off?

Guy: (confidently) Out of work!

Mimi: Trick question. Both wrong! The correct term is “between jobs.” Doctor.

Guy: What could possibly be wrong with doctor?

Mimi: Nothing if you say “Boy, do I feel awful! I need to go to the doctor.” But you wouldn’t say “Zoe wants to be a doctor.”

Mimi: Never, because that sounds greedy and self-serving. In that case you would tell people, “Zoe is considering a career in health care.” But only if we think she can actually get into medical school.

Guy: What if Zoe has no idea what she wants to do after Miramonte?

Guy: I think I’ve learned enough for one day. I’m going to lead my personal canine companion on a recommended cardiovascular fitness routine.

Mimi: The leash is in the garage. 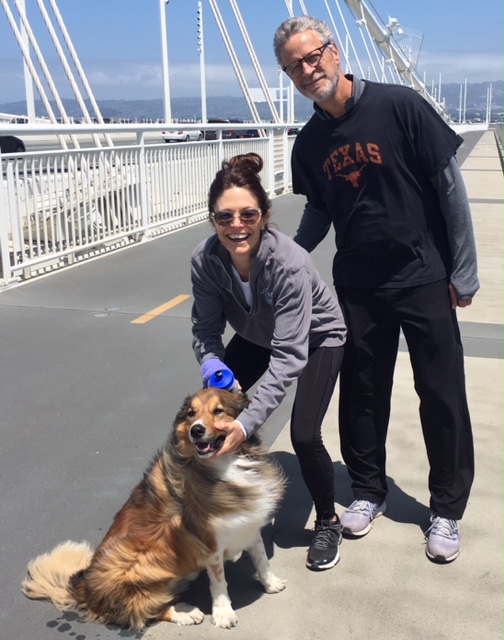